I have been collecting snow globes since 1990. I have admired them since I was kid, and one summer vacation to the Oregon coast,I picked up one that represented our trip, bought it, and decided I would get one from all the places we visited. This is my first one. 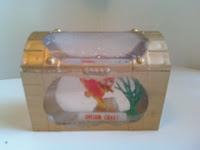 This is from Seaside, Or. 1990
Some where along the line, someone said " I am going to (somewhere I've forgotten) for vacation. So I asked them to pick me up a snow globe. My only criteria was it had to be cheap and represent the location. I now have over 60 from around the world. I wrote on the back of each one with a sharpie the date received and who gave it to me. I later discovered that permanent marker doesn't mean forever. So I have lost some documentation of the origins to some. Here are just a few. 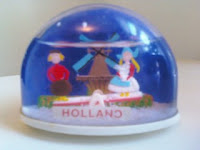 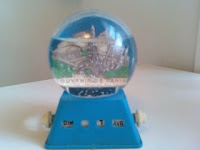 This is from Kirsten. Paris 1993. It has a changeable calendar on the front that is in French. 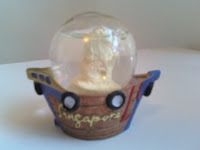 This is from someone named Sue. Singapore 2000. 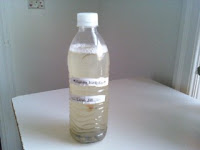 This last one is my new favorite. It is filled with water and bits of rock and plants, assembled inside a water bottle. On the front it says Happy Birthday Love Jill. The location it represents? My grandaughters heart. I love it there...
Posted by SuperDave at 4:59 PM

When she created that for you, she told me; "This is gor Grampy's collection. It's gonna be his favorite."

Cool collection.
Tell us where all the rest are from!

People should read this.